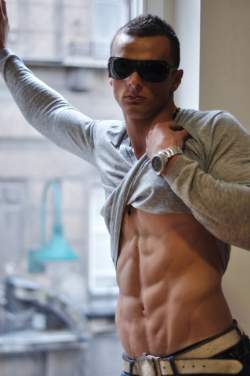 If you look at the anatomy of your abdominal muscles (Rectus Abdominis), you’ll notice something very interesting – abdominal muscles are broken up not into six, but into 8 different sections. Everyone talks about getting the perfect six pack abs, but few people talk about how to develop an eight pack. This brings up an interesting question – is building an eight pack even possible?

Looking At Your Abs 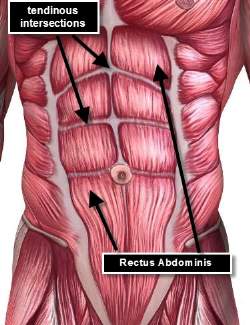 But only the top three packs on both sides of the rectus abdominis create the six pack.

Anatomy of an 8-Pack 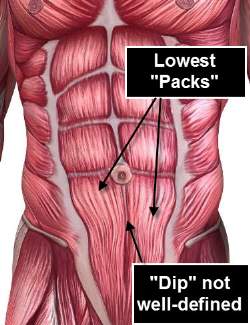 You have another set of connective tissue bands at the bottom of their abs. This is one creates the appearance of two more “packs.” These are muscles like any other, and if you look at some men that have developed their ab muscles, you’ll see that some of them have managed to actually develop their abs into a full eight-pack.

However, for most people the last band doesn’t dip as far below the muscle surface. It is the dips that causes each “pack” to appear, and without a large dip in your muscle, it becomes very difficult to see the last band, which is why most people doesn’t appear to develop that full eight pack.

Genetics and the Eight Pack

Without a visible dip, it is very difficult to achieve eight pack abs. That is because even when you are able to build that specific part of your ab muscle there is no line in your body that makes it visible. You may have developed the same area as someone with an eight pack, but to your eyes it will look like the muscle is not there.

Genetics play a huge role in how much that bottom connective tissue dips. If you don’t have the DNA that supports an easily visible 8-pack, it becomes more difficult to build those last two packs. In addition, it requires an extremely low body fat percentage in most men, because the bottom of the stomach is the first part of your belly to gain fat. 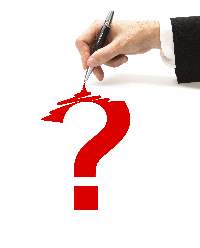 It IS Possible For You to Get An Eight Pack

Achieving an eight pack involves a change in lifestyle. You will need to put in quite a bit more effort towards getting your eight pack than you are for your six pack. It is not simply about increasing your ab workouts and boosting your fat burning power. You will also need to:

You may also need to have the right genes to give you that bigger dip that makes them more visible, and you will need to continue to burn fat, because small gains in your body fat percentage may hide your eight pack.

Getting Your Eight Pack is Possible – But Is It Worth It?

It is possible for you to build eight pack abs. But despite that possibility, most men choose to avoid it. The difference between an eight pack and a six pack isn’t too great, so most men prefer to avoid that extra effort. Even if you are able to build one, the end result isn’t going to be as exciting as you had hoped.

Getting a six pack will help you look and feel phenomenal. You’ll have achieved the type of washboard abs that you have always wanted. An eight pack is not going to change that. Visually, even those with an eight pack look fairly similar to those with a six pack, and while the extra two packs are “cool,” in that they are uncommon enough that it would be fun to have them, many men find that there is not enough of a gain to warrant the lifestyle changes.

8 Pack Abs and You 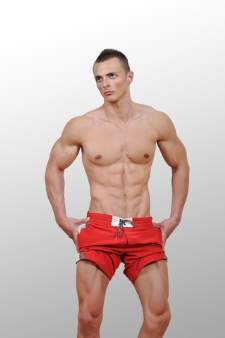 Eight pack abs do exist. However, genetics plays the biggest role in earning them, and the amount of work you would have to do in order to achieve those abs is more than it takes to achieve your six pack. If you somehow managed to have the genetics that allow you to see an eight pack, and you find yourself with one after you have completed your six pack abs routine, go ahead and enjoy it.

But if you don’t rest assured that your six pack will be equally as valuable, and take less time and effort. Achieving 8-pack abs is fun, but may not be necessary.

2 thoughts on “Is Getting an 8-Pack Possible?”